Mark the letter A, B, C, or D on your answer sheet to indicate the most suitable response to complete each of the following exchanges.

Question 1: Christina and John are in the English evening class.

Question 2: John and Mary are having dinner at her house.

John: “This dish is really delicious!”

Mark the letter A, B, C, or D on your answer sheet to indicate the sentence that is closest in meaning to each of the following questions.

Question 18: Were it not for the money, this job wouldn’t be worthwhile.

A. Although the salary is poor, the job is worthwhile.

B. The only thing that makes this job worthwhile is the money.

C. This job is not rewarding at all, so everyone wants to get it.

D. This job offers a poor salary, so it is worthwhile.

Question 19: The burglar was caught red-handed by the police when he broke into the flat.

A. The police caught the burglar to break into the flat.

B. The police caught the burglar breaking into the flat.

C. The police caught the burglar when breaking into the flat.

D. Then the burglar had broken into the flat, the police caught him at one.

Question 20: He didn’t pay attention to what I said. 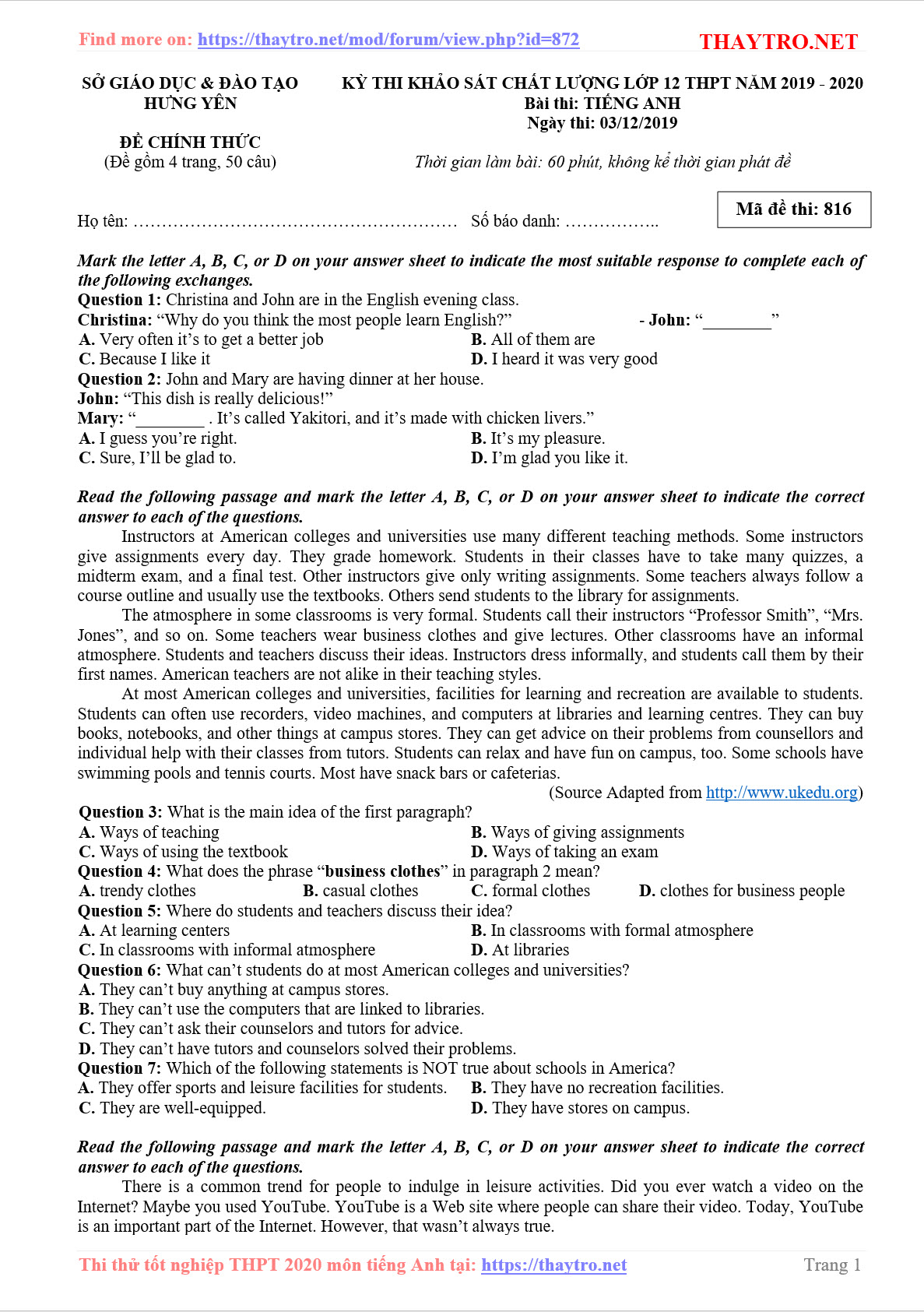 Mark the letter A, B, C, or D on your answer sheet to show the underlined part that needs correction in each of the following questions.

Question 43: Some snakes have hollow teeth they are called fans that they use to poison their victims.

Question 44: What the woman was saying were so important that I asked everyone to stop talking and listen.

Question 45: George is not enough intelligent to pass this economics class without help.