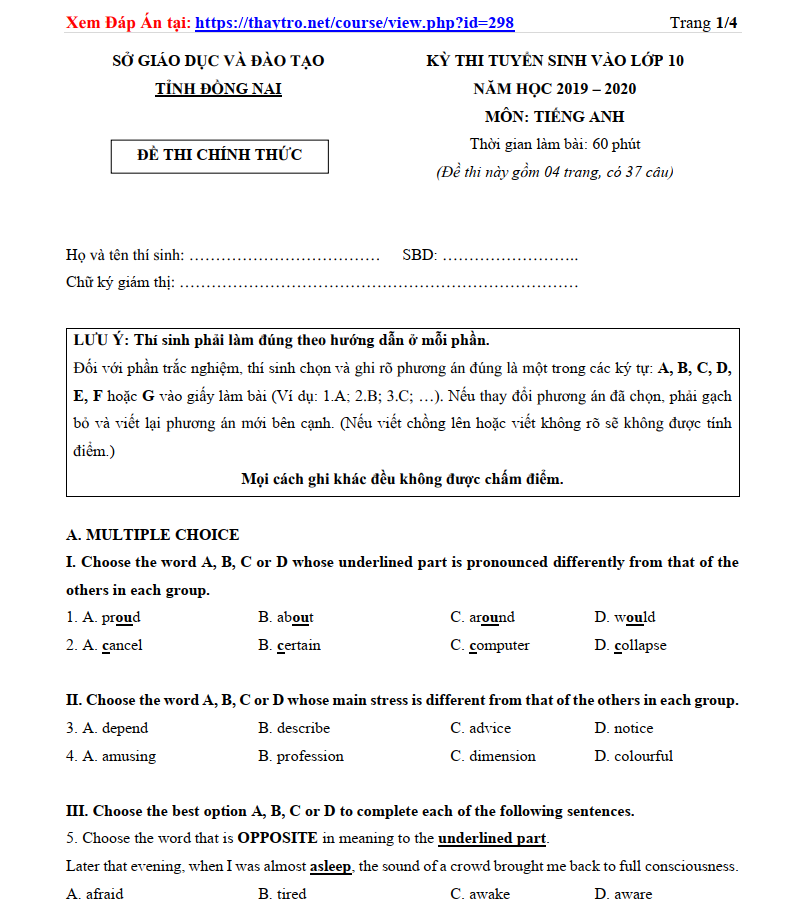 V. Read the text below and decide which answer (A, B, C or D) best fits each gap.

E-mail, and chat rooms let children communicate (18) _____ friends and family members. They can also allow children to connect with people that they have never (19) _____ in person. Knowing a little about each of these communication services can help parents (20) _____ children safer while online.

Through e-mail, (21) _____ can easily send and receive messages. These messages may also have text, audio, and picture files attached. Signing up for an e-mail account is simple (22) _____ most services offer them for free. Sometimes these messages contain viruses, or other inappropriate content, so parents should warn children to be wary of emails from (23) _____ people.

Chat rooms are online hang-out spots where anyone can talk about (24) _____ - current events, books, and other common interests. Users often do not know each other in real life, so it is important that parents keep a close eye on the content of any (25) _____.

VI. Read the following passage and choose the letter A, B, C or D to indicate the correct answer to each of the questions.

Coca Cola is a popular drink for people all over the world. At first, very few people drank Coca Cola, but now it is sold in more than 160 countries. More than 1,6 billion gallons are sold every year.

Coca Cola was invented by Dr. John Pemberton in Atlanta on 8 May, 1886. However, the name Coca Cola was given by Frank Robinson, one of Dr. Pemberton's partners. Later, in 1888, the business was sold to another man, Asa Candler. He opened his first factory to produce this drink in 1895 in Dallas, Texas. Since then, a great quantity of Coca Cola has been produced there.

Since 1982, a special kind of Coca Cola has been made for overweight people - diet Coke. They have used many clever advertisements to increase the amount of Coca Cola sold every year.

Besides Coca Cola, there are many other drinks of the same kind sold all over the world such as Pepsi Cola, Sp-Cola and Dr. Pepper. However, Coca Cola is the most popular. People drink Coca Cola with their meals, when they are thirsty or when they socialize with friends.

It is certain that more and more people will drink Coca Cola all over the world in this century.

A. more popular than other drinks of the same kind

B. less popular than other drinks of the same kind

C. as popular as the last century

D. as not popular as other drinks of the same kind