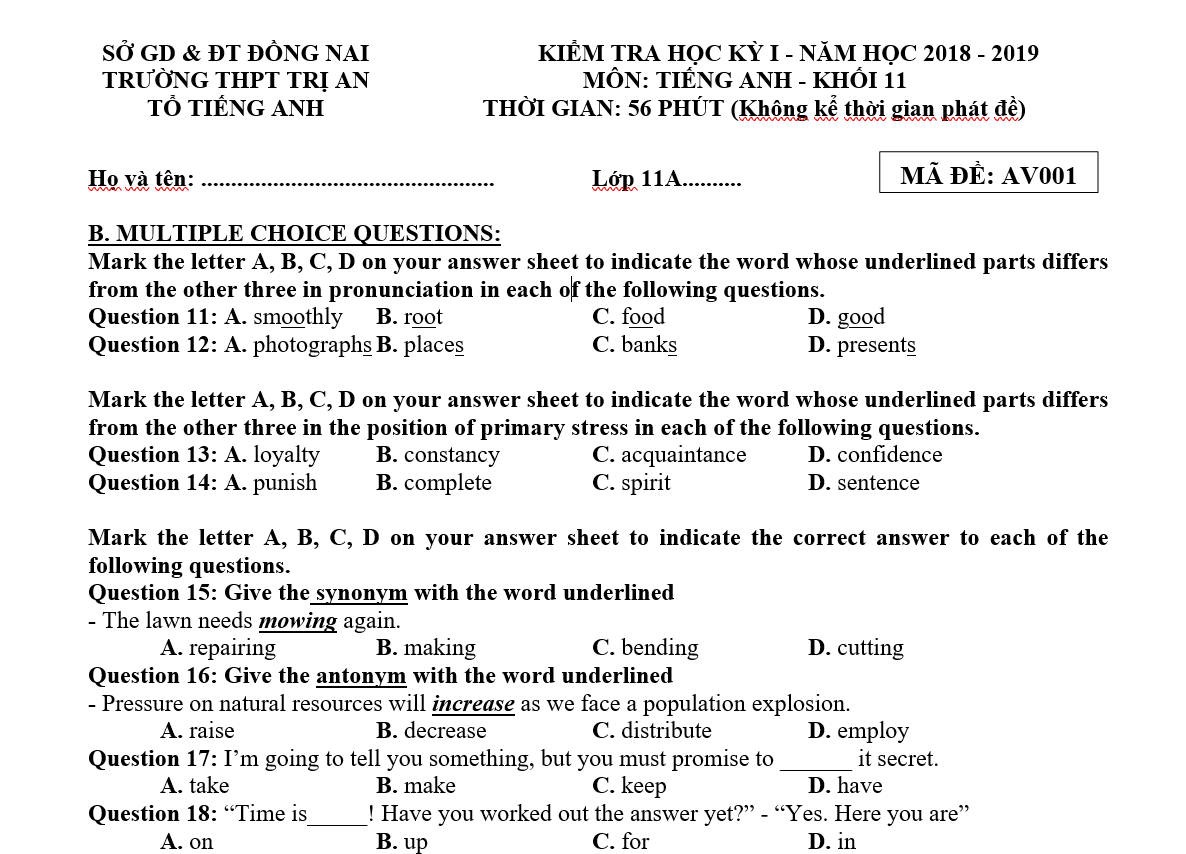 Read the following passage and mark the letter A, B, C, D on your answer sheet to indicate the correct answer to each of the questions.

There have been a series of thefts of property and money in Jane’s school, and various things seem to have disappeared. Nobody has admitted to the crime, so the police have been called in. They are investigating the problem, but so far nobody has been arrested for the crime.

One day Jane came to see her best friend, Ann. She was out, and her mother asked Jane to wait in her room. As Jane waited for her to come home, she started looking around, and decided to have a look at some of her books. Jane came across a calculator which was taken from school a week ago.

Jane doesn’t know what to do. She doesn’t want to lose a friend. She doesn’t want to break up her family – Ann already has enough trouble with her dad. On the other hand, theft is a serious crime, and the police are involved. If she ignores it, she will disappoint her other school friends. If she tells the police, she will be drawn in. What would you do if you were Jane?

Question 41: What is the problem in Jane’s school?

A. Many students have disappeared.

B. There have been lots of thieves in the school.

C. Lots of things and money have been stolen.

D. The police have been questioning people.

A. Nobody has been found guilty of the crime.

B. The police have arrested somebody.

C. Somebody has arrested stealing these things.

D. The police are trying to find out what the problem is.

Question 43: According to the passage, which of the following is true?

A. Jane and Ann are good friends.

B. Jane was not home when Ann came to see her.

Question 44: Which of the following is not mentioned as being stolen from school?

Question 45: Which of the following can not be inferred from the passage?

A. Jane finds it hard to decide what to do.

B. Ann and her dad don’t get on very well.

C. Jane won’t tell the police about what Ann has done.