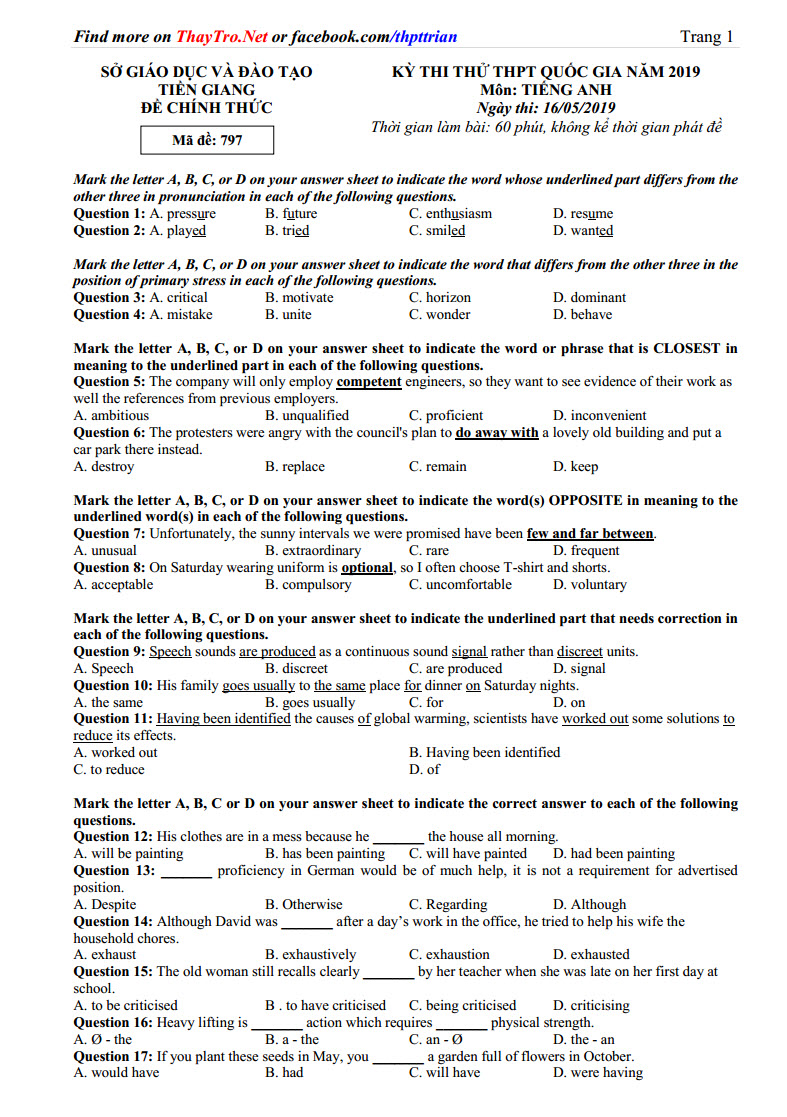 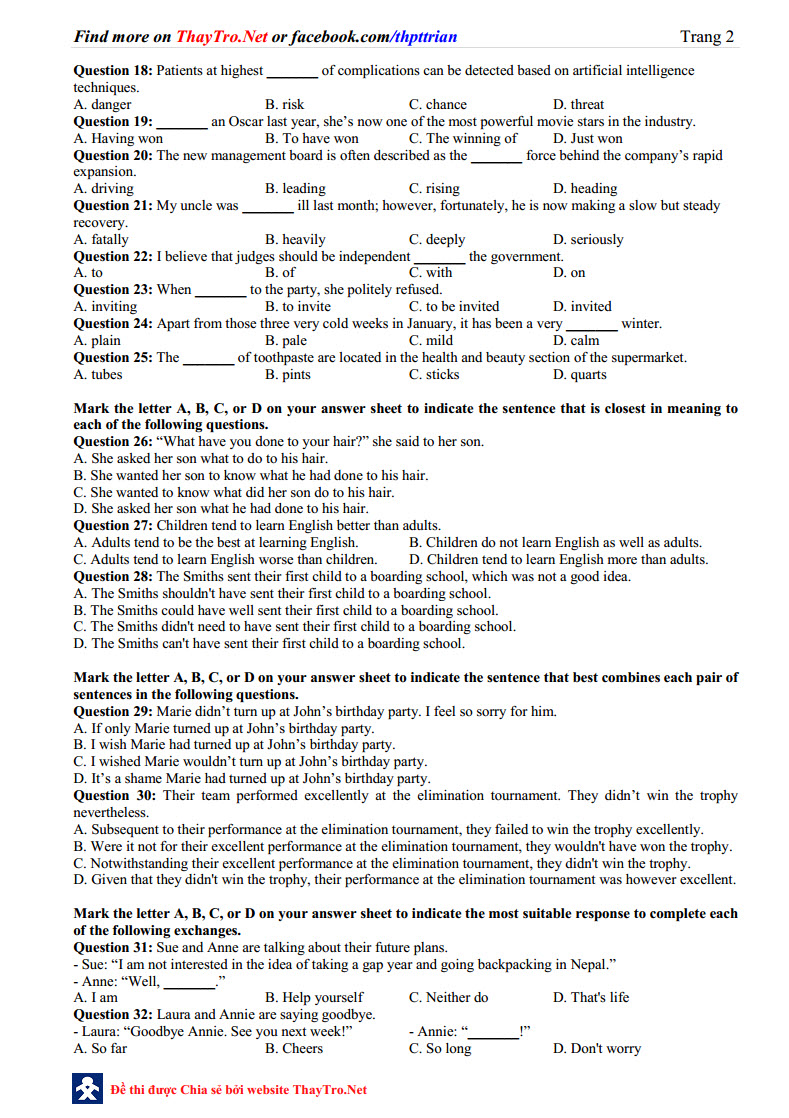 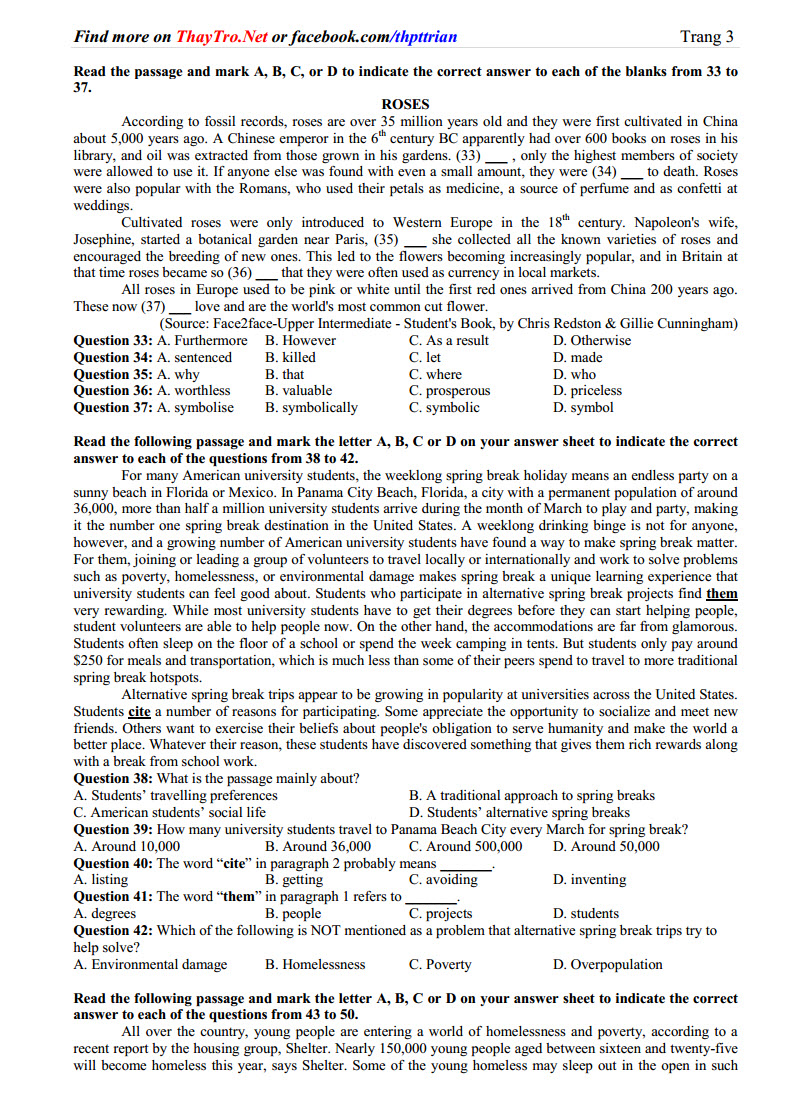 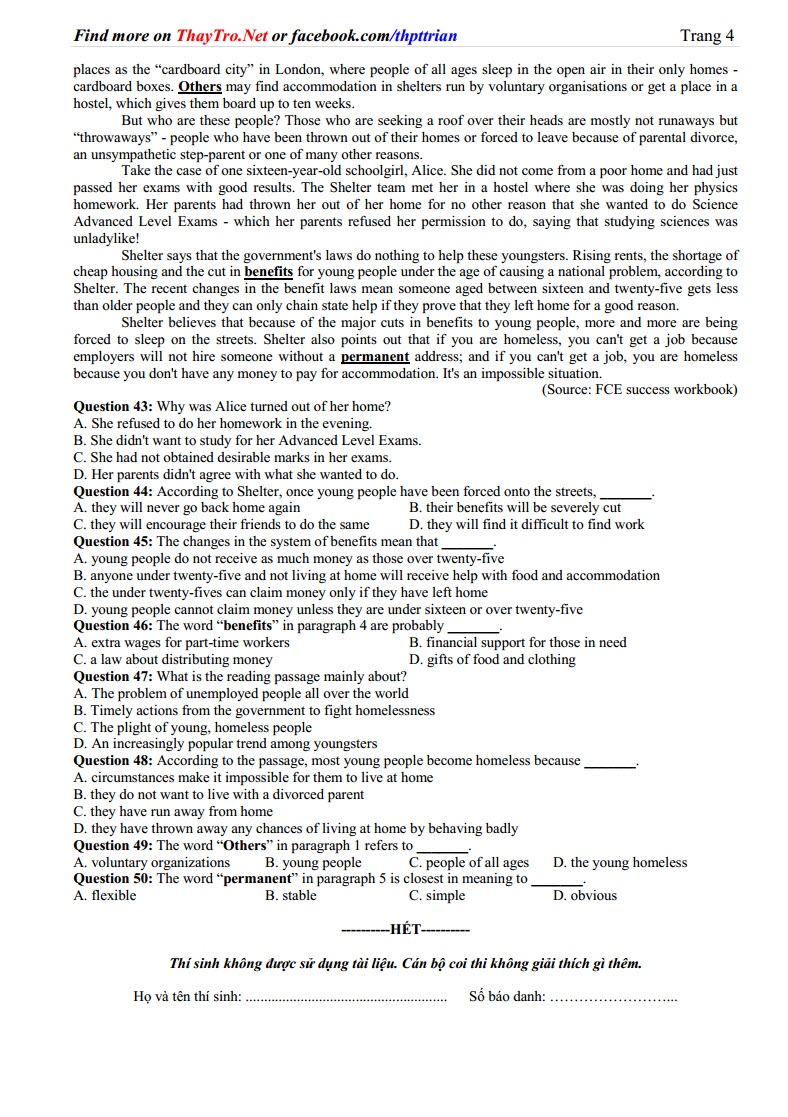 Mark the letter A, B, C, or D on your answer sheet to indicate the underlined part that needs correction in each of the following questions.

Question 9: Speech sounds are produced as a continuous sound signal rather than discreet units.

Question 10: His family goes usually to the same place for dinner on Saturday nights.

Question 11: Having been identified the causes of global warming, scientists have worked out some solutions to reduce its effects.

Mark the letter A, B, C, or D on your answer sheet to indicate the most suitable response to complete each of the following exchanges.

Question 31: Sue and Anne are talking about their future plans.

- Sue: “I am not interested in the idea of taking a gap year and going backpacking in Nepal.”

Read the passage and mark A, B, C, or D to indicate the correct answer to each of the blanks from 33 to 37.

According to fossil records, roses are over 35 million years old and they were first cultivated in China about 5,000 years ago. A Chinese emperor in the 6th century BC apparently had over 600 books on roses in his library, and oil was extracted from those grown in his gardens. (33) ___ , only the highest members of society were allowed to use it. If anyone else was found with even a small amount, they were (34) ___ to death. Roses were also popular with the Romans, who used their petals as medicine, a source of perfume and as confetti at weddings.

Cultivated roses were only introduced to Western Europe in the 18th century. Napoleon's wife, Josephine, started a botanical garden near Paris, (35) ___ she collected all the known varieties of roses and encouraged the breeding of new ones. This led to the flowers becoming increasingly popular, and in Britain at that time roses became so (36) ___ that they were often used as currency in local markets.

All roses in Europe used to be pink or white until the first red ones arrived from China 200 years ago. These now (37) ___ love and are the world's most common cut flower.