Read the following passage and mark the letter A, B, C, or D on your answer sheet to indicate the correct answer to each of the questions from 30 to 34.

Scientists have revealed that air pollution may be responsible for a significant reduction in intelligence. Research conducted for the World Health Organization (WHO) in China showed that air pollution was responsible for notable falls in student test scores for languages and arithmetic. The Chinese study is called, “The impact of exposure to air pollution on cognitive performance”. It was published in a journal called, “Proceedings of the National Academy of Sciences”. The study took place over a period of four years. Researchers analyzed verbal and arithmetic tests taken by 20,000 people of all ages. They said: “Polluted air may impede cognitive ability as people become older.”

Researchers say their study is a warning to the rest of the world, especially to those who live in cities. The WHO says over 91 per cent of the world population live in areas with toxic air. Air pollution is currently the fourth highest cause of deaths worldwide. The researchers discovered the longer people were exposed to polluted air, the greater was the damage to their intelligence. They equated the impact of air pollution to losing a year's worth of education. For those aged over 60, this could be the equivalent of several years of lost education. Researcher Dr Xi Chen warned: “There is no shortcut to solve this issue. Governments really need to take concrete measures to reduce a pollution.”

Câu 30: What is the passage mainly about?

Câu 32: Which of the following subject did the Chinese study cover?

B. people living in cities are more seriously affected by air pollution

C. the younger you are, the more your intelligence is affected by air pollution

D. only old people are affected by air pollution 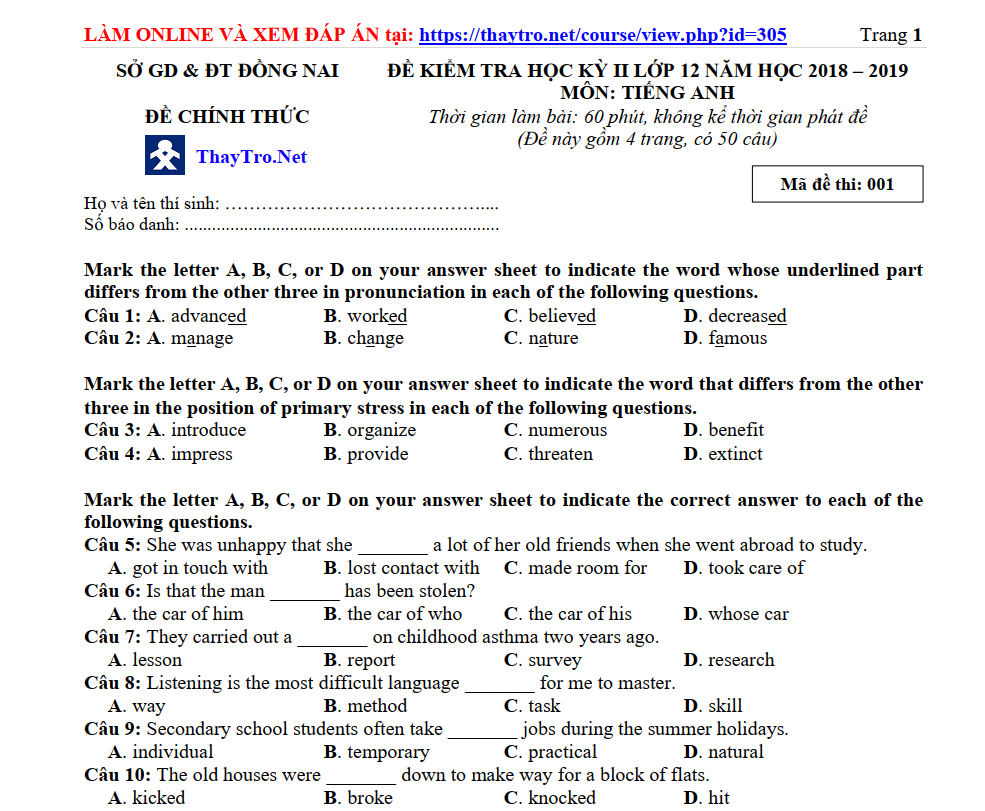