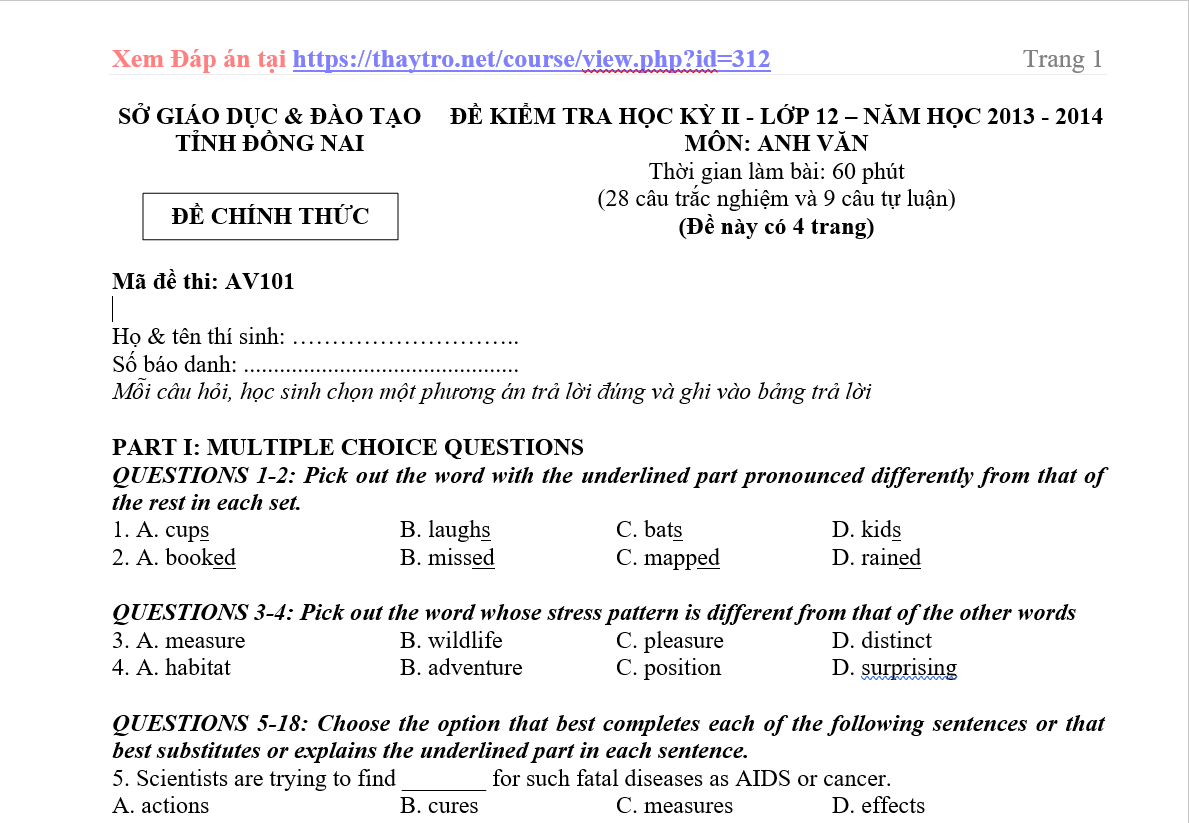 QUESTIONS 5-18: Choose the option that best completes each of the following sentences or that best substitutes or explains the underlined part in each sentence.

5. Scientists are trying to find _______ for such fatal diseases as AIDS or cancer.

8. The WWF was set up in 1961 to protect endangered wild animals and their habitats.